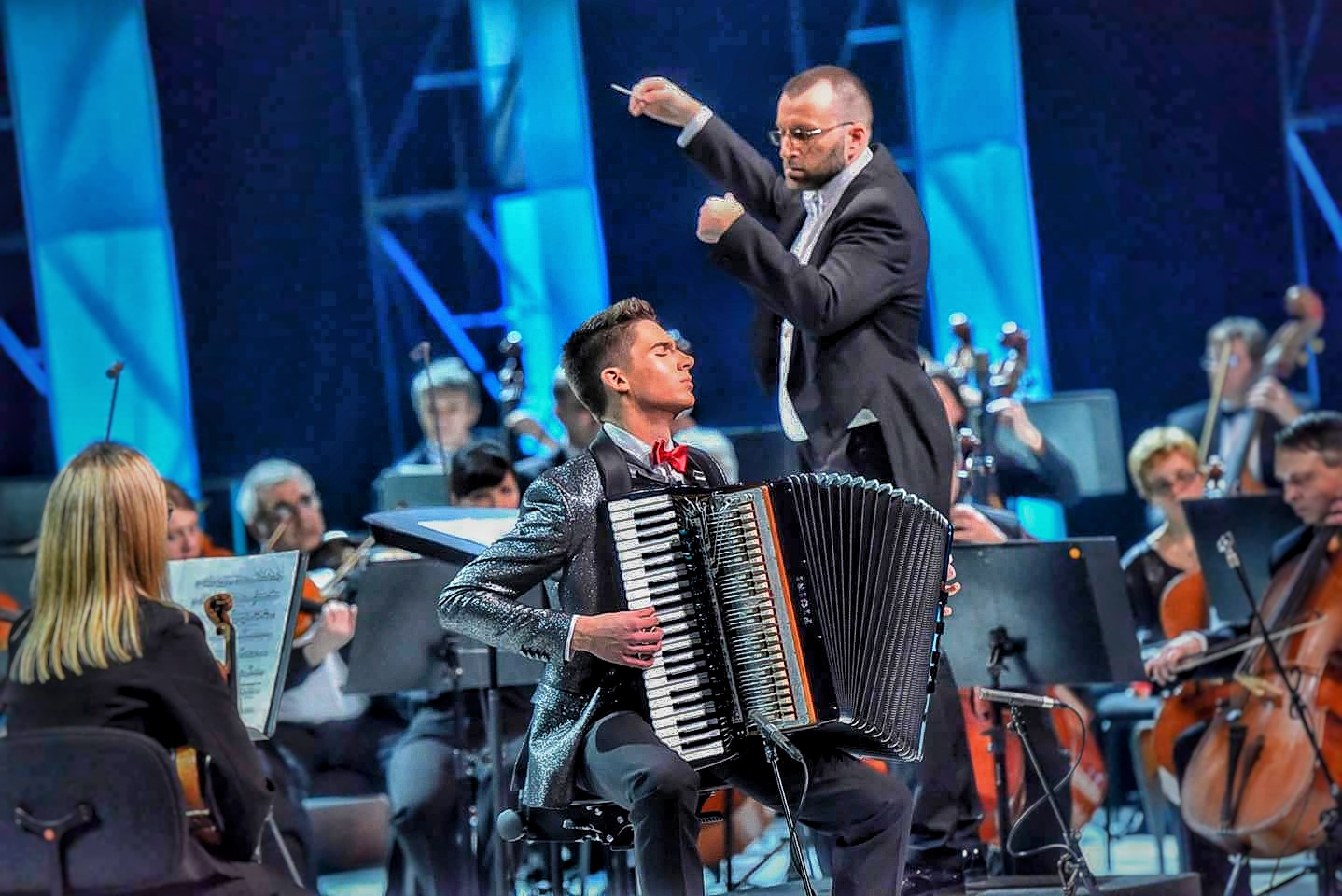 „Martin Kutnar is not only musically and techiqually very talented, he has also the talent of being a showman in an elegant and artistic way!”

„Every minute of his contact with audience was extremely powerful and emotional.”

Martin has captivated audiences and critics alike with his musicality, charisma and dynamic performances. His virtuosity and versatility in the classical and contemporary repertoire has transformed the way we hear the instrument.

He was born on 1st November 2000 in Zagreb in a family full of musicians and started playing both the accordion and the cello when he was five years old.

He attended lectures and workshops with a lot of players and teachers. Some of them are V. Semionov, A. Selivanov, I. Krizman, O. Massa, B. Zagoranski, R. Galliano, I. Šverko, A. Skljarov, K. Leben, T. Anzelotti, K. Lazar, D. Hamidulin, G. Tavares, K. Pačko, B. Alić, A. Cleary and Mee-Hae Ryo.